Cannabis-infused sweets packaged in counterfeit Haribo bags are being ‘marketed to children’ on social media sites such as TikTok, Facebook and Telegram.

Drug dealers operating prolifically on social media websites and messaging services across the UK are selling ‘gums’ and ‘edibles’ in colorful bags designed to look like brands popular with children, including Haribo, Skittles and Jolly Ranchers.

These fake bags, which are not associated with the brands, make the drugs attractive to young children, police warned. 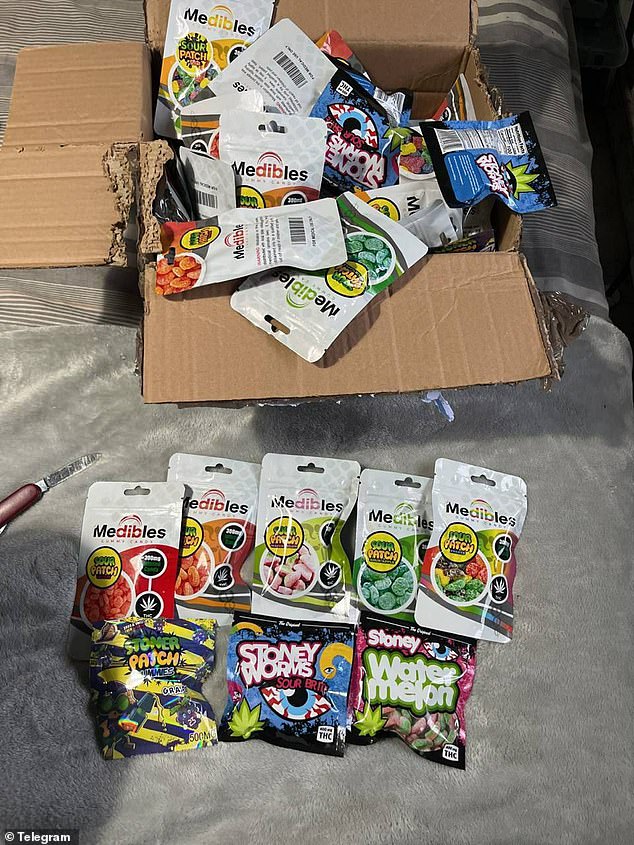 These fake bags, which are not associated with the brands, make the drugs attractive to young children, police have warned 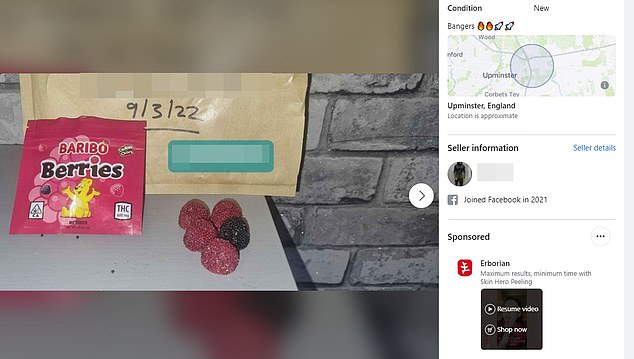 Cannabis gummies in a ‘Baribo’ packet sold on the Facebook market 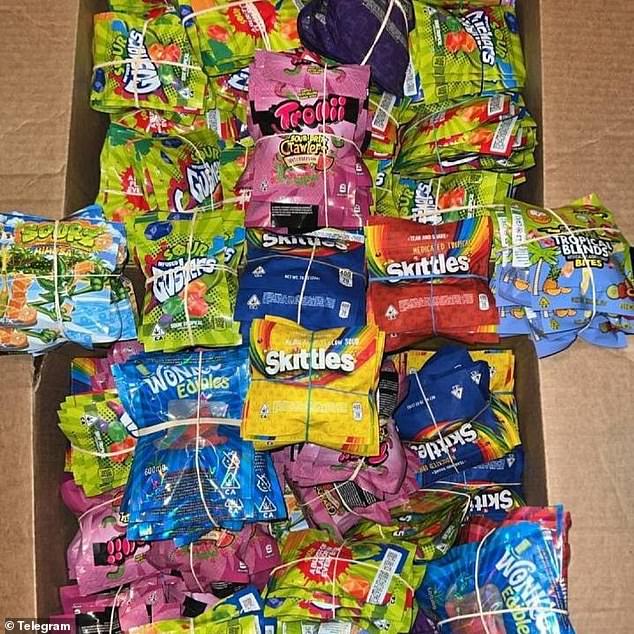 What are cannabis edibles and are they legal in the UK?

Cannabis edibles are cannabis-based confections that contain mind-altering substances such as THC.

These are often packets that look like real candy and chocolate.

Edibles are illegal and you can risk being arrested for having them.

The edibles are strong, with a 10-15mg candy having an impact time of between 30 minutes and an hour, compared to just 10-15 seconds for a smoked joint.

The duration of impact can be three hours, against one to two for a joint.

If a child has taken food, contact NHS 111. If they are unconscious or have slurred speech, call 999.

Police forces in the east of England have said a third of those arrested on cannabis-related charges are under 18, Sky News reports.

A child aged just eight and seven other children had to be taken to hospital after taking drugs.

Drugs can also be used to prepare children to work for trafficking operations known as county lines.

A Telegram channel, aimed at drug dealers in the UK, has nearly 30,000 subscribers and sells cannabis hash in very large quantities, at £4,000.

These are advertised alongside cannabis sweets which are sold for as little as £5 – including ‘Queen Elizabeth Eggs’ for £60 each.

They also sell bulk orders of cocaine to their subscribers for £1,300 for 28g.

Cannabis “edibles” are also advertised on Facebook market in the UK and can be easily searched.

These items often appear at the top of the results when searching for “edibles”, with dealers selling large quantities of candies and chips containing drugs. 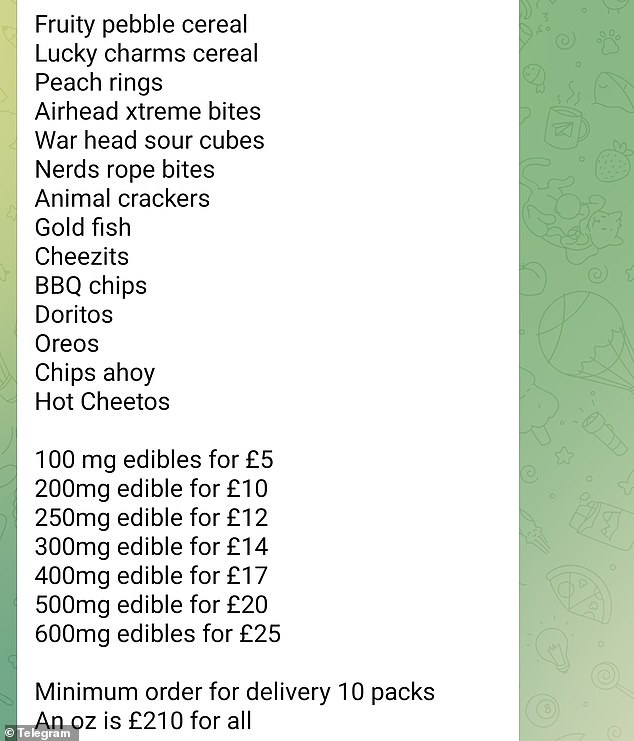 A Telegram channel with nearly 30,000 subscribers is advertising cannabis edibles, including sweets, crisps and cookies, for as little as £5 per 100g 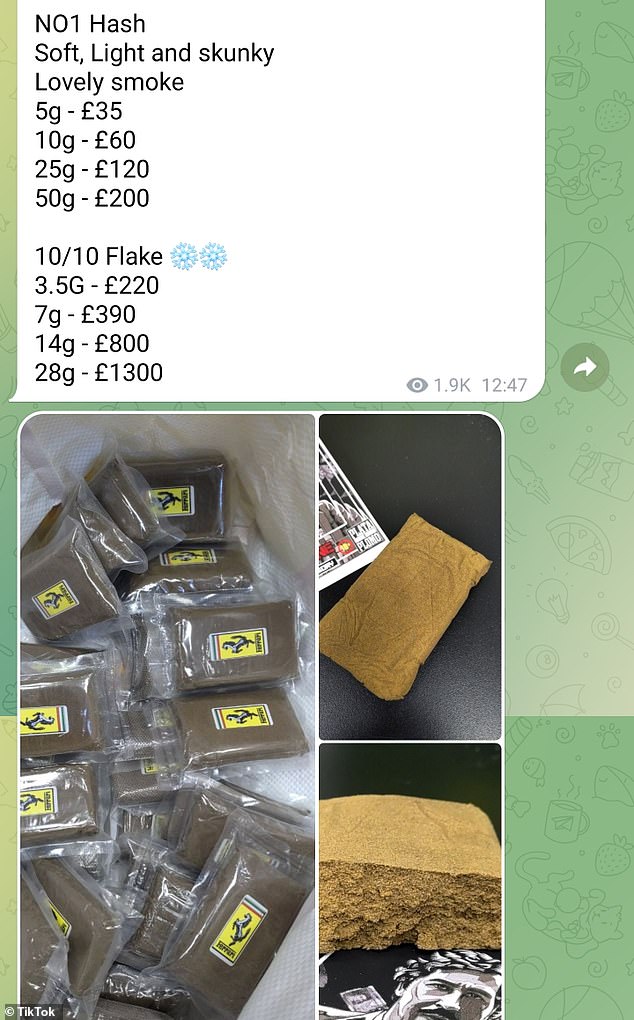 This same chain also sells large quantities of cannabis hash and ‘Flake’, a street name for cocaine, for £1,300 for 28g. 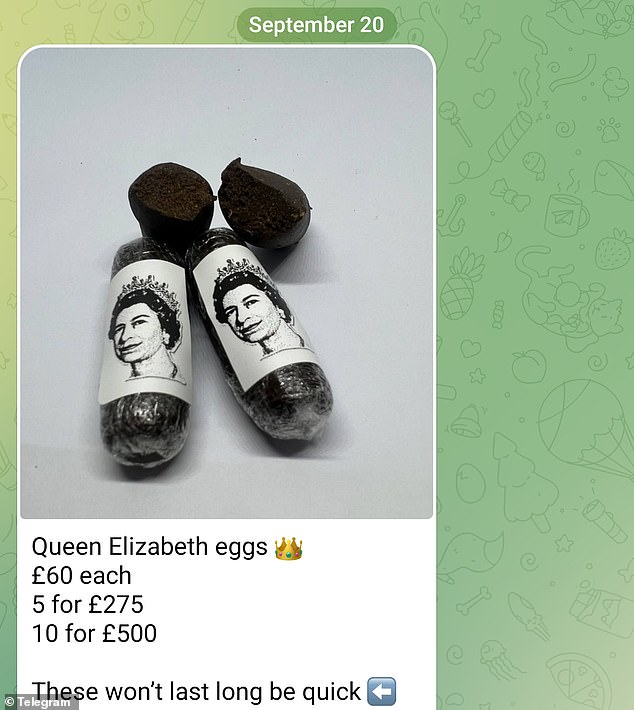 A Telegram channel advertising ‘Queen Elizabeth eggs’ for £60 each 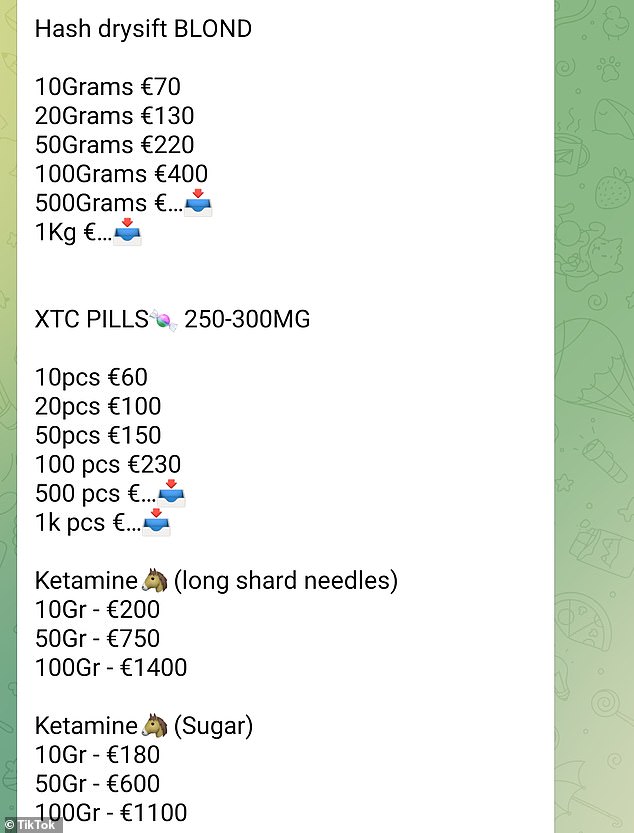 Almost all police forces in the UK have reported problems with cannabis sweets.

Chief Detective Inspector Rob Burns of the Eastern Region Special Operations Unit warned of the illegality and expressed concern about how they were ‘marketed to children’.

“The way they’re marked to look like candy suggests they’re being marketed to children, but it also means worryingly that they could easily fall into the wrong hands,” he told Sky News . Anyone with information about the sale of drugs or who believe a child is being exploited should contact the police immediately. 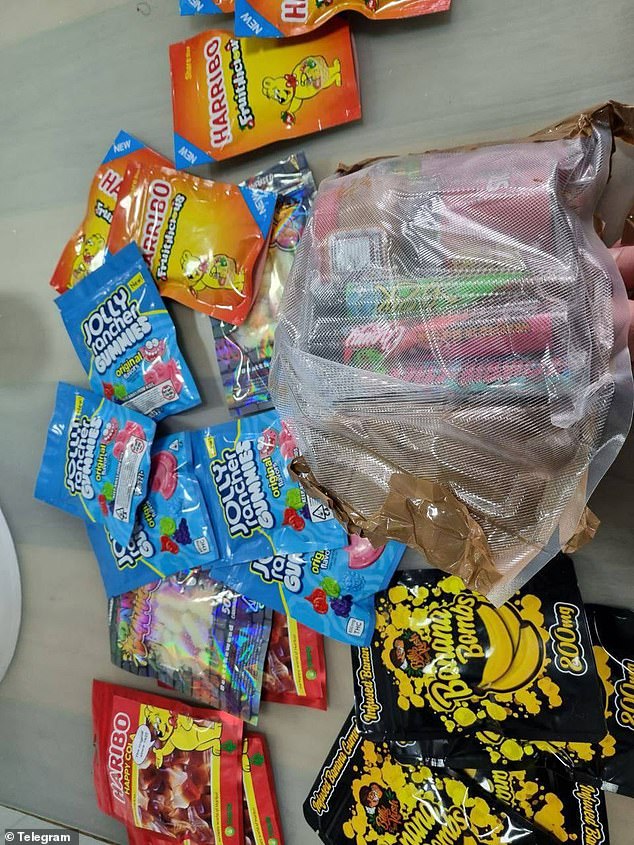 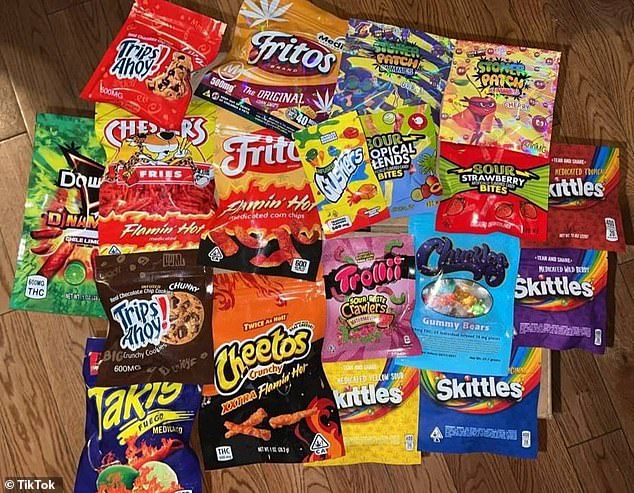 The social media companies said they all had strict policies against the sale of drugs and were actively monitoring issues using technology and human reviewers.

Meta, owner of Instagram, Facebook and Whatsapp, told Sky News they had proactively removed 98% of this content in the last quarter and were working with police and youth organizations to improve further. their moderation.

Confectionery brands have denounced the fraudulent packaging and some have taken it to court.